A downloadable game for Windows

Hyper-5 is a cinematic shmup inspired by classics from the “golden era” of the 90’s. Download the FREE  DEMO, and please leave your feedback below! The full game features:

You should use a controller to play this game, although keyboard input is supported. Button input is redefinable in-game. Most controllers should work, recommended / supported options are:

Thank you everyone for your help and support!

Hi all! I am a solo, “spare time” indie developer from Oxford, UK and have been working on my project Hyper-5 for about four years.  I hope you like it! I have used Unity alongside many excellent third-party assets to realise Hyper-5 and the game contains an attribution list in the credits.

In order to download this game you must purchase it at or above the minimum price of $8.33 USD. You will get access to the following files:

Any chance of a macOS release?

Hi! Thanks for your interest. Whilst in principle Unity does export to macOS unfortunately at the moment I do not have hardware to develop / test. Maybe at some point in the future.

I’m happy to work with you to test a Mac release. Export the demo and I can test that on macOS 13 beta (due for release soon).

Hi - thanks for the offer and sorry for the delay in response. As you can probably tell I have been quite busy with other projects!
If time allows I will get in touch.

Bravo! Very cool to see such a good passion project! I was able to beat the demo once I figured a few things out.

Exceptional graphics and effects. I was really impressed by the changing camera angles while playing. Gallery and Simulate features were both nice additions. Difficulty was reasonable and not too much of a "bullet-hell". The boss animations and water level were fantastic. I don't think I've played a shmup that took place underwater before. It was very nice to see organic enemy types.

I was pretty frequently confused with selected buttons being highlighted in grey. Usually one associates green with "go" so when a button was grey, it leads one to think that it hasn't been selected yet. Also I found the moving menus to be more annoying than cool. The player ship voiceover sounds a bit canned.

Overall: Very impressed, if I didn't know any better I would have thought this was a AAA title.

hey! thanks for trying the demo and your feedback I appreciate it. Maybe I'll add an option to lock the menu's in place. I agree in a perfect world the voiceover could be improved but you can toggle it off if you get fed up with it :)

FYI next release will have an option to lock menus in place :)

Nice! if you need some music to support your games please let me know.https://soundcloud.com/falling-into-life/drm-n-yo-face

Hey! Thanks for getting in touch. Your SoundCloud is cool. I pretty much have all the music sorted now but I'll certainly keep you in mind for the future ☺️

Thanks let me know! Greetz Jelle

Great news i have a just bought a more powerful PC so i can now fully enjoy playing your Fantastic Shoot em Up and it wont be long now for the full release, Cant wait :)

Awesome shoot em up but sadly to powerful game for my laptop to handle, what a shame i well want to play it and excellent work, i will be purchasing anyway and eventually when i can afford a much better powerful laptop i will be able to appreciate and fully enjoy playing it :)

Hi! Thanks for your feedback and sorry about the requirements; the game does have some quite GPU expensive effects. If there is enough demand I might try to add a "lower quality" mode when time allows. Have you tried running at a lower resolution e.g 640 x 480 this might help a bit?

I have lowered my PC resolution to 800 X 600 and your game works so much better now, especially the Cinematic sequences which are totally Amazing, Love your game its very impressive and cant wait for your full game to be released, i will be purchasing, Awesome work :)

Great! Glad to hear you got it running OK and really pleased you are enjoying it. Thanks for your support :)

Awesome! Many thanks for making the video really appreciate it :) 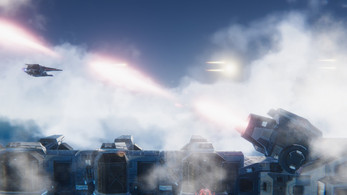 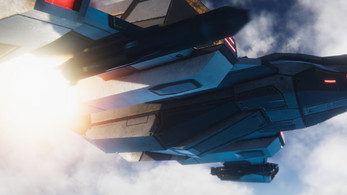 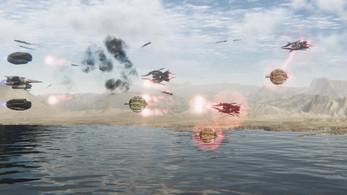 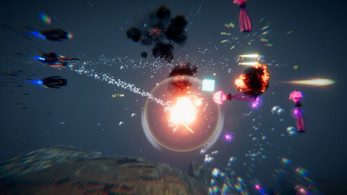 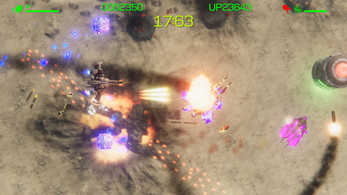 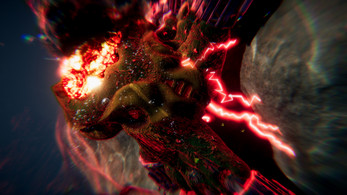 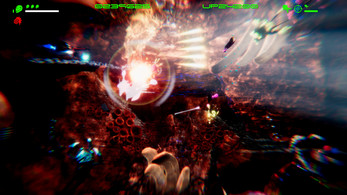 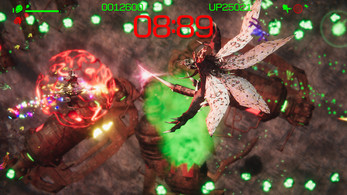 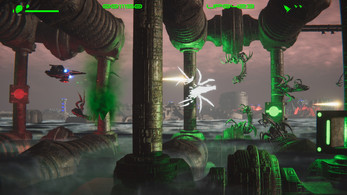